Learn about Saw Mill Brook in the Town of Manchester-by-the-Sea, MA, narrated by Michael Carvalho.  This short film on Sawmill Brook in Manchester by the Sea is the result of the collaborative efforts of the MBTS Stream Team, Salem Sound Coastwatch, Manchester-Essex Conservation Trust and our friends and partners. 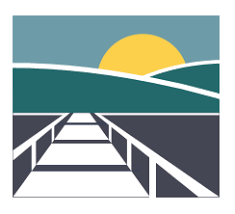 Manchester Essex Conservation Trust is excited to announce its new Trustee Michael P. Carvalho who said, “I am very proud to be a Trustee of this great organization and I am committed to advancing the mission of this remarkable Community.”

In August, Michael Carvalho narrated a short film on Sawmill Brook in Manchester-by-the-Sea, a collaboration of work performed by members of the MBTS Stream Team, Salem Sound Coastwatch, Manchester-Essex Conservation Trust and our friends and partners.

Michael Carvalho is president of Carvalho & Associates, P.C. with offices in Boston, MA and Atlanta, GA. He specializes in environmental law, including litigation, regulatory and transactional matters. He can be reached at (678) 354-0066.

WASHINGTON, DC – Top placing students from each EnvironMentors chapter travel to Washington, DC to compete for these college scholarships at the annual EnvironMentors National Fair. The 2015 Fair was held on Monday, June 1, 2015, at the U.S. Department of Agriculture in Washington, D.C.  Environmental Attorney Michael Carvalho, past Chair of EnvironMentors Advisory Board and Member of the Board of the National Council on Science and Environment, was honored to serve as Emcee.

The 2015 EnvironMentors Emerging Leader Scholarship was awarded to Erin Murphy, who will be attending the University of California and plans to pursue an environmentally-related college degree.

For more information about the EnvironMentors program, please visit www.ncseonline.org

The Technical Guide for Assessing and Mitigating the Vapor Intrusion Pathway from Subsurface Vapor Sources to Indoor Air applies to all sites being evaluated under federal land cleanup statutes by EPA, other federal agencies, state and tribal governments and brownfield grantees. A companion document, the Technical Guide for Addressing Petroleum Vapor Intrusion at Leaking Underground Storage Tank Sites addresses any sites where vapor intrusion related to petroleum contamination from underground storage tanks is a potential concern. Both guides are applicable to residential and non-residential settings.

“These guides will promote national consistency in assessing and addressing the vapor intrusion human exposure pathway at contaminated sites to protect human health — particularly the most vulnerable,” says Mathy Stanislaus, assistant administrator for the Office of Solid Waste and Emergency Response. “States, tribes and localities, in particular, will find the guides to be critical resources for identifying and considering key factors related to vapor intrusion assessments, risk management decisions and mitigation actions.”

At sites where vapor intrusion poses a potential or actual hazard to occupants’ health or safety, exposures usually can be prevented or reduced through relatively simple actions such as changing building pressure and ventilation. In most cases, costs associated with addressing vapor intrusion can be very manageable, resulting in long-term benefits including improved public health and less costly response actions. These benefits are especially likely when actions are undertaken early.

Vapor intrusion refers to the migration of hazardous vapors from contaminated subsurface sources such as groundwater through soil into overlying building and structures. Exposure to these vapors by building occupants can potentially pose both acute and chronic health risks. Vapor intrusion is a potential concern at any building—existing or planned—located near soil or groundwater contaminated with vapor-forming toxic chemicals.

To access the documents and for more information on vapor intrusion go to: Vapor Instrusion

Attorney Michael P. Carvalho has over 25 years of legal experience and is licensed to practice law in Massachusetts, Georgia, Michigan and Washington, DC.
The firm is headquartered in Marietta, Georgia and has satellite offices in Boston and Detroit.

© 2020 All Rights Reserved on original work.